I have personally never witnessed a miracle, any more than I have seen a ghost. Indeed, why would I? I don't operate in those circles where such things are commonplace, and if miracles were really common, they would no longer be special. Nevertheless, they definitely occur, and can be easily found by those looking for them.
To take one example, a few years ago the press in Australia was all a-gaga over the canonisation of the country's first saint, Mary McKillop. What I found interesting was the blasé way the same press reported on the two alleged miracles attributed to her, both involving women with inoperable cancer, one of whom had actually been discharged home to die. There was no "Wow! This is incredible!" or even, "Where's the evidence?" It was more of "This is what the church claims, and what difference does it make?" The age of investigative journalism is obviously now past, and it never occurred to any reporter to ask for the detailed medical records involved or, if they couldn't be released, to at least say so.
To its credit, these days the Church of Rome is well aware of the dangers of endorsing false miracles, so it does a thorough job of investigating them. If it certifies a miracle, you may or may not want to accept it, but there is at least a prima facie case that something very unusual took place, deserving further examination.
And since we are on the subject of terminal cancer, let us recall the case of Joy Davidman. You may have seen the 1993 movie, Shadowlands about her marriage to C. S. Lewis, but if so, you were left with the wrong impression. The 1985 telemovie of the same name was far more accurate, but the big screen version implied a brief marriage under the shadow of cancer, and deliberately removed all supernatural elements. What really happened was that Joy was in England when the cancer was diagnosed, and Lewis married her in a civil ceremony so that she could stay in England. It was purely a marriage of convenience, and purely platonic. In the telemovie we see him suggesting she return to her flat at night, and her commenting: "People will think we are not married, and up to all sort of wickedness, when in fact we are married, and are up to nothing."
Shortly afterwards, she was discovered to have metastatic cancer, and treatment son proved ineffective. The hospital doctors gave her a few weeks to live, and the nurses a few days, so she was discharged home to die. But Lewis was not willing to bring her into his house until they were married in the sight of the church as well as the law, so they were literally married at her deathbed. At that point, the Anglican priest involved, the Rev. Peter Bide laid hands on her and prayed. Then, quite unexpectedly, she went into remission for the next three years. And yes, they did have a genuine marriage.
All right, there have been rare cases of spontaneous remission of advanced cancer, but it is not the only disease subject to cure. Take, for example, the cases recorded by Dr E. LeBec in Medical Proof of the Miraculous, originally translated in 1923 when medical science was helpless against so many conditions. It can now be read or downloaded online, but when I first read it at university four decades ago, what stuck in my mind was not the cancer, the congenital club feet, or the horrifying suppurating fracture of the leg, but rather, the varicose veins, which were described in detail on pp 113-119.
Now, varicose veins might be considered rather minor in comparison with cancer, but they are pretty serious when the victim has suffered from them for twenty years, and is considering giving up work because of them. Dr LeBec examined him three days before his pilgrimage to Lourdes, and recorded that:


Both legs were covered with enormous varicosities mapping out the course of the saphena veins and most of their collateral branches. ... The two saphena veins formed flexuosities reaching as far as the bend of the groin. [p 114]

When the patient entered the water at Lourdes, he felt a pain like the insertion of a hot needle. Instantly, the varicose veins disappeared. Just like that. When Dr LeBec re-examined him a few days later, he was completely normal. As I said, the cure of varicose veins is not as newsworthy as that of cancer, but just the same, several feet of twisted, dilated veins, complete with ulcers and busted valves, are not supposed to just vanish instantaneously - or at all. (For that matter, when an accident victim has suffered for eight years from a suppurating leg fracture, with a pus-filled gap of 3 cm [1.2 in] separating the ends of the bone, such that the leg can be twisted so that the toes point backwards, the pus is not supposed to suddenly disappear and 3 cm of bone appear, all in an instant, but it was all well documented, as you can also read on pp 119-129.)
What inspired me to write this article? Well, the aim of this blog is to rescue reports of anomalies which might otherwise be overlooked, and recently I came across an article by Fr. Robert Hart who, 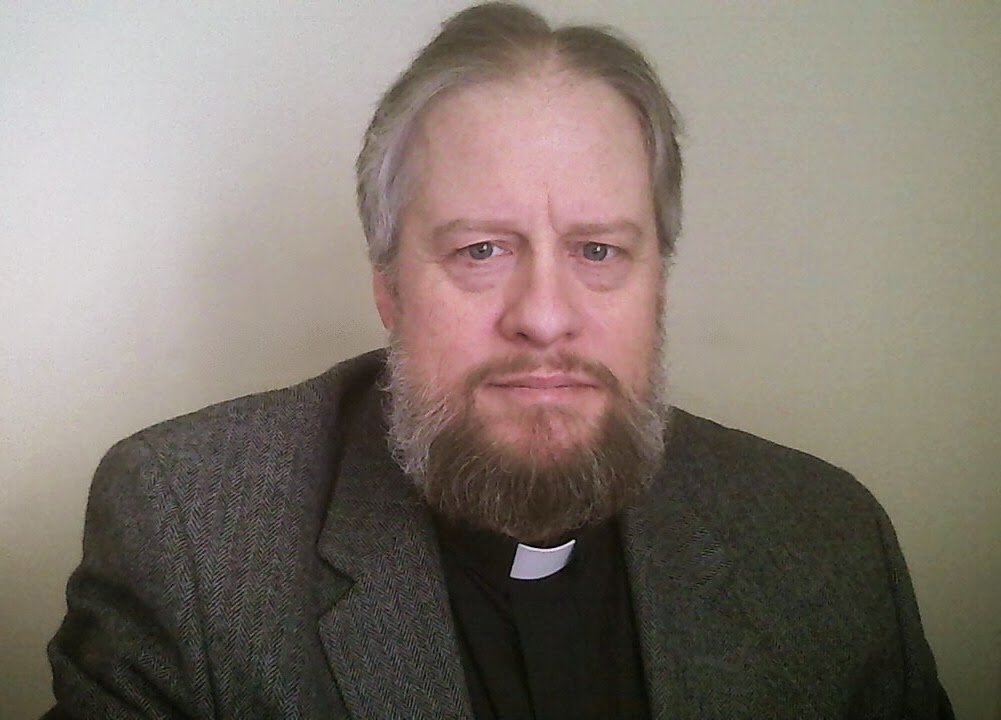 as you can see from his photograph, is the very picture of a highly educated Anglican theologian. It was his opening paragraph which caught my attention:


I recall specific miracles that I have seen with my own eyes. For years my mother carried around before and after x-rays of her spine, sort of the way some people have before and after pictures to show the results of a diet. Before we prayed for her spine, every vertebra was out of place and the whole spine was crooked. Afterward, immediately afterward, the whole spine was perfectly straight (I recall watching her move in response to what looked like reactions to invisible hands under an aqua colored blouse quickly rearranging each vertebra). I remember in 1976 a lady who had a deformed left shoulder, in the town of Westminster, Maryland, whose husband always drank away half their income. Through a camel colored blouse, I saw the left shoulder instantly straightened and rebuilt during a prayer. The real punch line to that story is that her husband, seeing the obvious result of a miracle, sobered up and became very serious about his Christian faith. The last time I saw them was twelve years later, and they were doing very well. I don’t want to sound at all like one of those faith healing television evangelist types; but, I do want to make it clear that I am an eyewitness to miracles, and could not have a problem accepting as literal fact the miracles of the Bible, including the one we just read about [John 6: 5-14], even if I wanted to.

And while we are talking about before and after x-rays, I shall close with an account of something I witnessed secondhand, and which I remember very clearly. It was in the early 1980s. A television current affairs program - probably Channel 9 in Brisbane - introduced a woman who claimed to have been healed of severe osteoarthrosis of the hip (both of them, I think) by the Rev. Steve Ryder. That name rang a bell, for he had run a charismatic preaching and healing service in my parish a short while before, and had now moved on. He was, and is, the founder of the Reach Out for Christ International Ministries, but he did not claim to be a miracle worker. He specifically declared that healing takes time. But not, apparently, in this case.
The lady's x-rays were presented, and it was obvious even to a layman that the osteoarthrosis was so severe that any attempt to walk, or even sit down, with such a grating of bones would be like expecting a watch to keep time with sand sprinkled in its workings. Yet it was also obvious that she was walking around with a perfectly normal gait, unaffected by pain. The Channel then arranged for new x-rays to be taken. Guess what? They were exactly the same as before! The only change was that the patient didn't feel anything. "This is extraordinary!" exclaimed her doctor, when shown the new x-rays. "She should be in excruciating pain."
So make of it what you will.
See here for eleven fully documented, and really dramatic healing miracles.
Posted by Malcolm Smith at 12:26